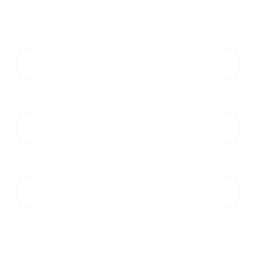 The Cotswold wool trade and my family.

Weaving and its related trades are known to have been carried out as a cottage industry in the Cotswolds, more precisely in West Oxfordshire, for many hundreds of years, since before the Norman invasion in 1066.

My family were very much part of this industry and we know that one particular ancestor, my great, great, grandfather, Joseph Fowler, a "tucker", wrote the Witney Tuckers' song, "Wonderfully Curious", in or around 1840. The following explains his role in more detail, and later I explain more about what a "tucker" actually did.

Joseph Fowler, was a tucker in the Witney blanket industry and worked at West End Mill, in Witney. He is thought to have been born around the time of the Battle of Waterloo (1815). The song was sung by him at the annual Tuckers' Feast which was held on Shrove Tuesday and was a very old custom in the town. He sang the verses, with the tuckers joining in the choruses. The song was performed every year at the annual Witney Feast for over 140 years. It was last performed in the 1980s, when the Feasts came to an end. I remember my father, Jack Fowler, the Burford builder, taking me to see this song being performed at "Witney Feast" when I was a boy. When I meet you I could be persuaded to sing a verse for you! 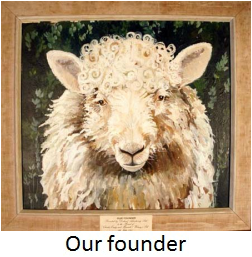 The wondrous globe on which we live
Is quite surrounded everywhere
With something quite invisible
It's called the atmospheric air.
The air is fluid light and thin,
Which forms of gas it does combine:
It Carries sound in order well
When put in motion it is wind.

Oh! How curious, wonderfully curious,
The laws of nature are indeed
Most wonderfully curious.
The wondrous globe on which we live
The seaman spreads his canvas sail
And as it moves on quick or slow
He calls it breeze, or storm, or gale.
But when it blows with so much power
Till all resistance is in vain
Blowing at 80 miles an hour
He calls it then a hurricane.

The winds, the seas, the tempest blown
Are very changeable indeed...
But in the torrids they are known
One way for six months doth proceed,
Oft does the wind make ruins lie,
But their usefulness has been understood,
For in the Bible we are told
God guides the wind and rules the flood.

Fulling and the tuckers.

When he had woven a length of cloth the weaver would generally pass it on to a group of people known as fullers or tuckers to be fulled and finished. Straight from the loom, a piece of woollen cloth is a coarse, sacking-like material with little substance. After it has been fulled, dried, stretched and raised it is transformed into a softer, thicker and fluffier cloth. In the fulling process the cloth was repeatedly pounded in water with fuller's earth (or a similar substance) added to scour and shrink it. The fuller's earth removed the grease added to the wool before spinning, while the beating action matted together the woollen fibres until the cloth looked like felt and the weave pattern became less obvious. In Witney fuller's earth was probably always used as there was a natural supply available in the Cotswold region.

The earliest method of fulling was to trample the cloth by foot in vats, and this way was certainly used by the Romans. By Medieval times (as early as the 12th Century) the fulling mill had been invented. Sited on good fast flowing river stretches, water power was used to drive a wheel which alternately raised and dropped pairs of heavy wooden hammers called fulling stocks onto the cloth. Fulling thus became the first power-driven process in the wool industry, able to pound away at the cloth by day and night and replacing the work of several people.

The tuckers were independent of the master weavers but were employed or contracted by them to finish the blankets and were paid twice yearly. This arrangement may have arisen because fulling was the first process in the woollen industry to become mechanised and fulling mills required a lot of capital to build and maintain, so that specialisation was necessary. Another reason was that fulling and finishing were skilled procedures that were critical to the quality of the finished cloth and required several men to them carry out. Like weavers, tuckers were organised into masters and their journeymen employees. The master tucker was responsible for all losses and damage to the blankets while they were entrusted to him for finishing.

Many members of my family worked in the wool trade or the building industry in the Burford and Witney area.